Know You’re Right (Not Your Rights – You Can Google That) 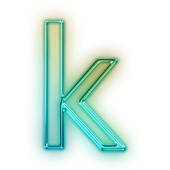 (Today’s blog post is part of the Blogging From A to Z Challenge during which writers all over the world blog each day in April based on a corresponding letter of the alphabet.  These are my personal stories about living with Trigeminal Neuralgia, the most painful diagnosis known to man.)

Just to be clear…nothing I am posting here has anything to do with the Patient Bill of Rights.  I suppose I could research that, but I already have 10 tabs open in Chrome.  When I say, “Know You’re Right” I’m referencing you, as the keeper of your castle.

When I was employed, I often had to make presentations to the big mucky-mucks at my company (I was a medium-sized mucky-muck).  Or meet with people whose knowledge of things like Finance and IT far outpaced my own.  I developed some skills (and learned some from mentors) that I think served me well when I later had to meet with doctors about my TN, especially Neurologists.  So here’s a few unsolicited (but hopefully useful) recommendations.

First and foremost, you are your own best advocate.  Take control of the appointment from the start.  Remember, doctors aren’t doing you a favor by seeing you – it is their job for which they are paid.  Handsomely, I suspect.

Declare your expectations.  Whether you’re a first-timer or a “regular”, tell your doctor up front your goals for the appointment.  Do you want to get a confirmed diagnosis of TN?  Do you want to discuss alternative treatment options?  Whatever it is, set the tone.  Say something like, “I was referred to you by Dr. So-and-So who suspects I have TN.  I’d like your opinion of this diagnosis or to understand the steps I need to take to confirm it.”  Or, “My current meds don’t seem to be working.  I want to discuss options for alternatives or more aggressive treatment.”

Make lists in advance.  Don’t be intimidated to ask questions – and lots of them – during your appointment.  Bring a list.  And tell your doctor up front that you have a list.  Make sure he/she knows that you don’t plan on leaving the exam room until all your questions are answered.  Don’t be a jerk or anything, just wave your list around a little and say something like, “I have a whole bunch of questions to ask you.”  Also, in the days/weeks leading up to your appointment, make a list of your symptoms and possible triggers.  When does your pain hit, how does it feel, etc.  We tend to think we’ll remember everything once we get into the exam room.  We don’t.

Bring test results.  Usually people end up at a Neurologist office after traveling down a meandering path from their Family Physician to their Dentist to an ENT.  If you’ve had any tests taken, like a sinus CAT scan, bring the results. Help your doctor to rule out other conditions that could be causing your pain.

Wine before liquor never sicker.  One thing your new doctor might do is get you started on medication.  They all have side effects, so there’s no way around that, but some can be impacted by other meds you’re taking.  Write down everything – including OTC and supplements – with their dosages and bring it with you.  Make sure your doctor reviews these once he suggests a prescription.

Repeat after him/her.  Chances are you didn’t go to medical school.  You shouldn’t be expected to know doctor stuff.  And some doctors are too smart for your own good.  If he/she says something that you don’t understand, repeat what they’ve said to you in normal person language.  Listen to what they tell you, and if confused, say something like, “Let me repeat this back to you, so I’m sure I understand.”  Then restate what you’ve heard in your own words.  Non-doctor words.  Third grader words.

Do your reseach part 1 – Our first inclination when we hear we might have TN is to jump on the internet.  Do so thoughtfully.  Stick to sites like WebMD, the Mayo Clinic and and the Facial Pain Association.  News reports tend to go for the extremes.  Everyone is different.  Don’t buy into the hype or jump to conclusions.

Do your research part 2  – Doing some research before your appointment may help you come up with better questions to ask.  But my suspicion is that some doctors are a bit suspect of someone coming in with a self-diagnosis.  Try to refrain saying things like, “but the internet says…”

It’s not an appointment, it’s a date.  And you’re not going to just marry anyone.  If you don’t like your doctor – if he/her seems rushed, doesn’t make eye contact, doesn’t mesh with you personally – go to someone else.  Granted, getting an appointment with a Neuro is harder than getting an audience with the Pope, but you should feel comfortable and confident leaving their office.  If not, break up with him/her.