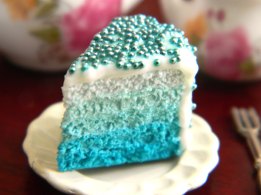 (Today’s blog post is part of a continuing series of personal stories about living with Trigeminal Neuralgia, the most painful diagnosis known to man.)

I’ve got a wedding hangover.  No, it’s not the good kind you get after a fun night of celebrating someone’s nuptuals, drinking too much and dancing to “It’s Raining Men” or “Love Shack” with your shoes off (I’m dating myself).  It’s the kind we TNers have when we once again have to bow out of a fun activity.  The wedding yesterday was that of my cousin’s son and I haven’t seen my cousins in ages.  I was really looking forward to it.  I had my fancy dress ready, found a good “party purse” (you know, not too big, not too small).  I even had a victorious moment when I saw that my feet hadn’t gained any weight and could still fit into my shoes.

But when you have TN you learn how quickly things can change.  I felt pretty good in the morning, but had already decided going to both the church and the reception might be too much of a risk. So my plan was to only go to the reception (of course I chose the part that offered food).  Well, around 1:00 I started to feel it.  I was at about pain scale 5, which for me is my best case status, when the poking sensation started.  Only it wasn’t like something was poking in from the outside, but rather poking out from the inside, sort of like that scene in the movie “Alien” when the monster baby pops out of Sigourney Weaver’s stomach.  Only I had no monster baby (and I totally would have taken pictures if I did).  The Trigeminal Nerve was making its presence known.  I took my second round of meds and a bonus Vicodin with fingers crossed but before long I had the familiar yet unwelcome feeling like there was a balloon in my cheek.  A balloon which was being filled with water, putting pressure on my eyes, nose, teeth, heck everything on the left side (except my forehead – my forehead always behaves).  That was followed by my newest symptom – the feeling as if there is a flame being held up to the outer corner of my eye, not so close as to scald but definitely enough to singe my skin.

“Well,” I thought once I realized the wedding was a no-go, “At least it happened before I took a shower.”  I mean, why waste a perfectly good shower to lay on the sofa for yet another evening?

It’s s vicious circle when someone with TN has to cancel out on something important, and this wedding was something important.  If it was a casual get-together, I wouldn’t be so bummed about it, but this was special.  After my mom passed away, my sisters and I kind of drifted away from her side of the family and spent holidays and whatnot with my dad.  But I miss them.  Plus it was probably a fun wedding.   Then the more I thought about not going, the more stressed I got, which increased the pain, which made me more stressed.   And so it goes.  It isn’t really a shame spiral – I can’t help that I have this condition.  I guess it’s a disappointment spiral. And yeah, a guilt spiral. I hate making commitments and backing out.

One response to “The Wedding Bell Blues”